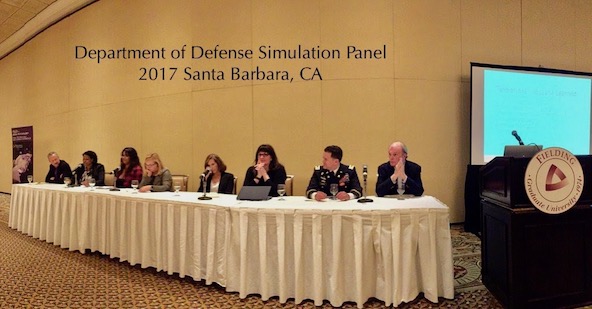 Durnell joined the United States Department of Defense in a simulation exercise aimed at countering terrorist messaging in Iraq and Syria.  On Jan. 17, 2017 at a public forum in Santa Barbara, Calif., Durnell and the panel described their experiences: the months of briefings on terrorism, culture, and the politics of the regions; teaming with Military Intelligence Special Operations to create audio, video, and graphic media to send to imams, tribal leaders, and even ISIL supporters and recent defectors; the real-time simulation with nearly 100 people in seven countries; and more.

Strategic Multilayer Assessment (SMA) by Dr. Durnell, Dr. Hare "What Do Others Think and How Do We Know What They Are Thinking?"
149 Views